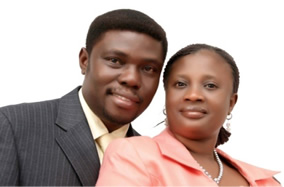 Pastor ‘Diran Ajimati is the Founder and Senior Pastor of Prevailers Church Network, a prophetic and Apostolic Church- patterned after Gods reformative order.

A centre for change and character building, where God cut into size, shape and assemble men for something supernatural. He is the president of Prevailing Word Ministries International. He is a resource person for the School of Purpose on Air, a daily radio program designed to sensitize, mobilize and challenge men to live a purposeful life.

He has a burden to see the church walk in biblical accuracy, living here on earth according to the standard of her kingdom of origin. He joined the full time ministry in April 1990, served under the Victory Life Ministries for five (5) years.

He was the pioneer Pastor of Victory Chapel Osogbo, Osun state, Nigeria until 1995, when God released Him unto another phase in the work of ministry. He is married to Bolaji and they are blessed with three children; Courage, Purpose and Resolution. 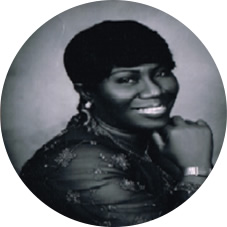 Pastor Helen Folakemi Ajimati an IT Consultant by profession, is the coordinator of the Prevailers Church Prayer Network, host of PCPN National Prayer Summit and the pioneer of Prevailers Church Network United Kingdom.

Converted through a powerful encounter with Jesus Christ in 1986, she was baptised in the Holy Ghost on the same night. Out of this encounter, she formed four conclusions; Jesus Christ is real and alive; secondly the Bible is true and God is committed to His Spoken word; thirdly that heaven and hell is real, and lastly that God deserves a relationship with every believer.

She received a call into the ministry in 1989 and served under “Christ’s Family Church” London England until 1998 as one of the first full time Pastors under the leadership of “Late Bishop Titus Gbenga David”. She has served in various ministries and churches at different times as a Minister, Elder, Intercessory leader, Pastoral &, worker trainer, singles ministries & mission project coordinator and as an Itinerant minister in London, Europe, USA and Africa.

In March 2012, when she received a mandate to start Prevailers Church Prayer Network United Kingdom “5AM Every day life with Jesus”, the “Midnight Hour Deliverance Program” and praying through the watches known as “Touch Heaven 8 Times” conference call accessible from 38 countries. She is also the convener of the Prevailers Church Prayer Network Prayer Summit a monthly program that is held nationally in different countries.

You can find out more about which cookies we are using or switch them off in settings.

This website uses cookies so that we can provide you with the best user experience possible. Cookie information is stored in your browser and performs functions such as recognising you when you return to our website and helping our team to understand which sections of the website you find most interesting and useful.

Strictly Necessary Cookie should be enabled at all times so that we can save your preferences for cookie settings.

If you disable this cookie, we will not be able to save your preferences. This means that every time you visit this website you will need to enable or disable cookies again.